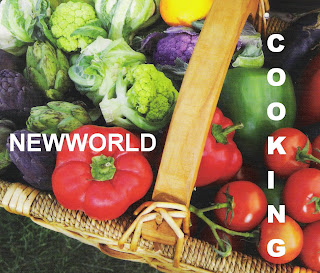 A very interesting topic:
In 1919 when the 'flu killed 40 million people there was this Doctor who visited many farmers to see if he could help them combat the flu. Many of the farmers and their family had contracted it and many died.
The doctor came upon one farmer and to his surprise, everyone was very healthy. When the doctor asked what the farmer was doing that was different, the wife replied that she had placed an unpeeled onion in a dish in the rooms of the home, (probably only two rooms back then).
The doctor couldn't believe it and asked if he could have one of the onions. She gave him one, which he placed under the microscope. He found the 'flu virus in the onion. It had obviously absorbed the bacteria, thereby keeping the family healthy.
Now, I heard this story from my hairdresser in AZ. She said that several years ago many of her employees were coming down with the flu and so were many of her customers. The next year she placed several bowls with onions around in her shop and, to her surprise, none of her staff got sick. It must work... and no, she is not in the onion business.


The moral of the story is, buy some onions and place them in bowls around your home.

If you work at a desk, place one or two in your office or under your desk or even on to Pp somewhere. Try it and see what happens. We did it last year and we never got the flu.
If this helps you and your loved ones from getting sick, all the better. If you do get the flu, it just might be a mild case. What have you to lose? Just a few bucks on onions..!!!
Now there is a P.S. to this...
I sent it to a friend in Oregon who regularly contributes material to me on health issues and she replied with this most interesting experience about onions:
Weldon, thanks for the reminder. I don't know about the farmers story, but I do know that I contacted pneumonia and needless to say I was very ill. I came across an article that said to cut both ends off an onion, put one end on a fork and then place the forked end into an empty jar...placing the jar next to the sick patient at night. It said the onion would be black in the morning from the germs. Sure enough it happened just like that... the onion was a mess and I began to feel better.
Another thing I read in the article was that onions and garlic placed around the room saved many from the black plague years ago. They have powerful antibacterial and antiseptic properties.
This is the other note.
LEFT OVER ONIONS ARE POISONOUS
I have used an onion which has been left in the fridge, and sometimes I don't use a whole one at one time, so save the other half for later.
Now with this info, I have changed my mind....will buy smaller onions in the future.
When food poisoning is reported, the first thing the officials look for is when the 'victim' last ate ONIONS and where those onions came from (in the potato salad?). It's probably the onions, and if not the onions, it's the POTATOES.
Onions are a huge magnet for bacteria, especially uncooked onions. You should never plan to keep a portion of a sliced onion. It's not even safe if you put it in a zip-lock bag and put it in your refrigerator. It's already contaminated enough just by being cut open and out for a bit, that it can be a danger to you.
If you take the leftover onion and cook it like crazy you'll probably be okay, but if you slice that leftover onion and put on your sandwich, you're asking for trouble. Both the onions and the moist potato in a potato salad will attract and grow bacteria faster.
So, how's that for news? Take it for what you will. I am going to be very careful about my onions from now on.
Please remember it is dangerous to cut onion and use or cook the next day. It becomes highly poisonous for even a single night and creates toxic bacteria which may cause adverse stomach infections because of excess bile secretions and even food poisoning.
Ref: Boban and Molly group

(Excellent article). New World
Posted by CynthiaAbegail at 5:00 AM