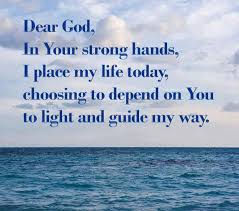 There are times we do heaps of planning and organisation.
That's necessary and vital but upon some reflection, did
we do this prior to consultation with our Lord?

Others may say, "As long as we are careful in our planning and
management, all will be fine!" Definitely not... Why?

God gives only success and failures. If anything happens, good or
bad, rest assured that God is the One that gave consent to everything.
How? God is the Creator of the Universe and everything in it. Hence,
in God's unparalleled Wisdom, God knows everything that happens, for
everything is His Dominion.

At times, I did things on my own. To my dismay, it never really succeed!
It's just that sometimes that the human spirit surface and we all know
that it is weak.

Let us abide by the Holy Spirit, the breath of God who never fails. The Holy
Spirit, the Spirit of God is the Paraclete, the Helper at all times. Most of the time,
ask for the intercession of Mother Mary, St Joseph, St Michael the Archangel,
all of the angels and saints. One may ask, "Why do we need to?" God does not
refuse the plea of the celestial court as long as it is God's will and it is good for us.

Remember, God is the source of all success! This is the reason why kings and rulers
are deposed when they do not reflect the justice and love of God anymore. "To whom
shall we go to? You have the words of eternal life." These are the words of St Peter,
the Rock of which the Church is built.